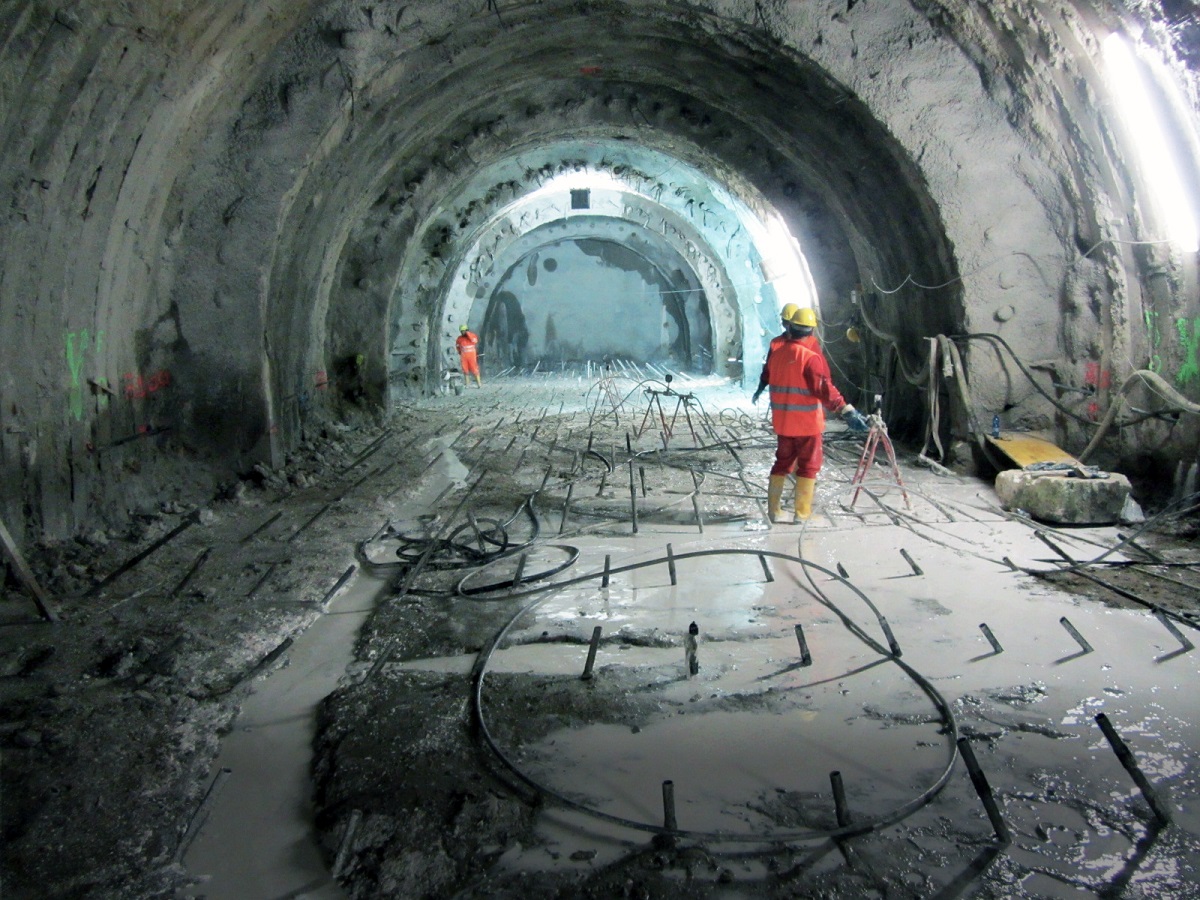 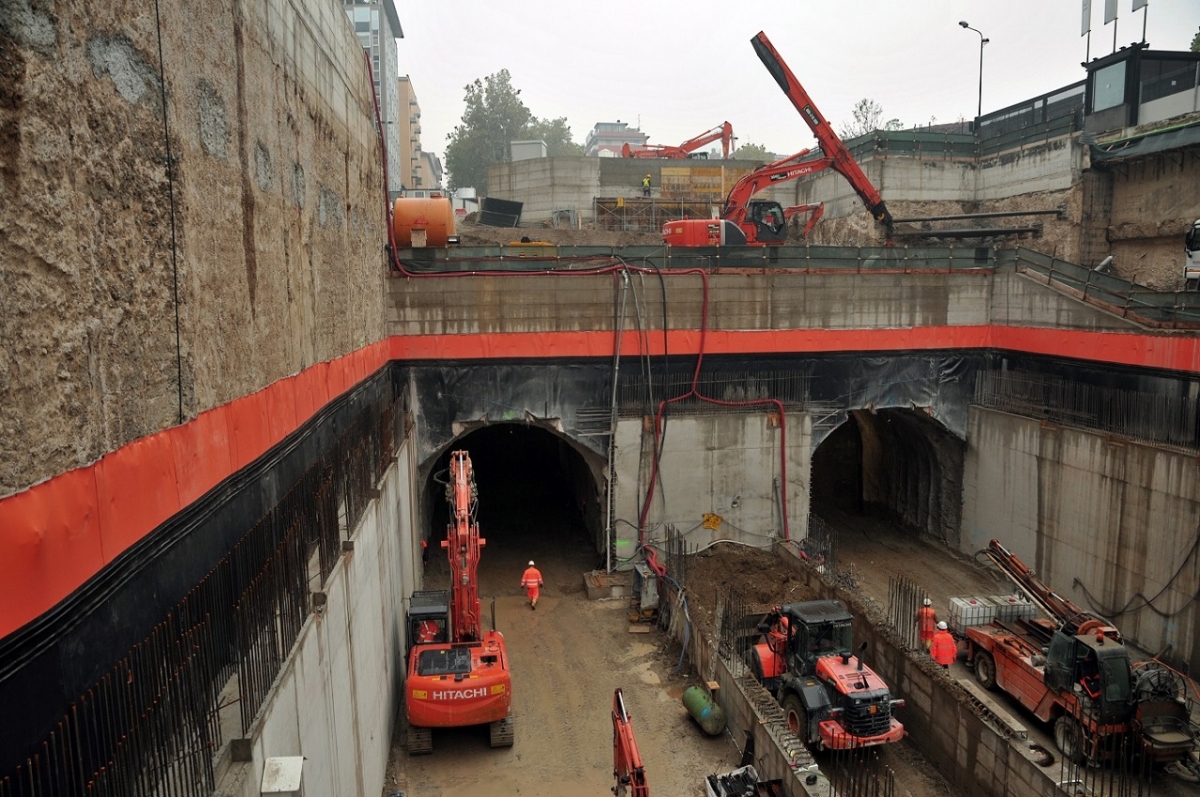 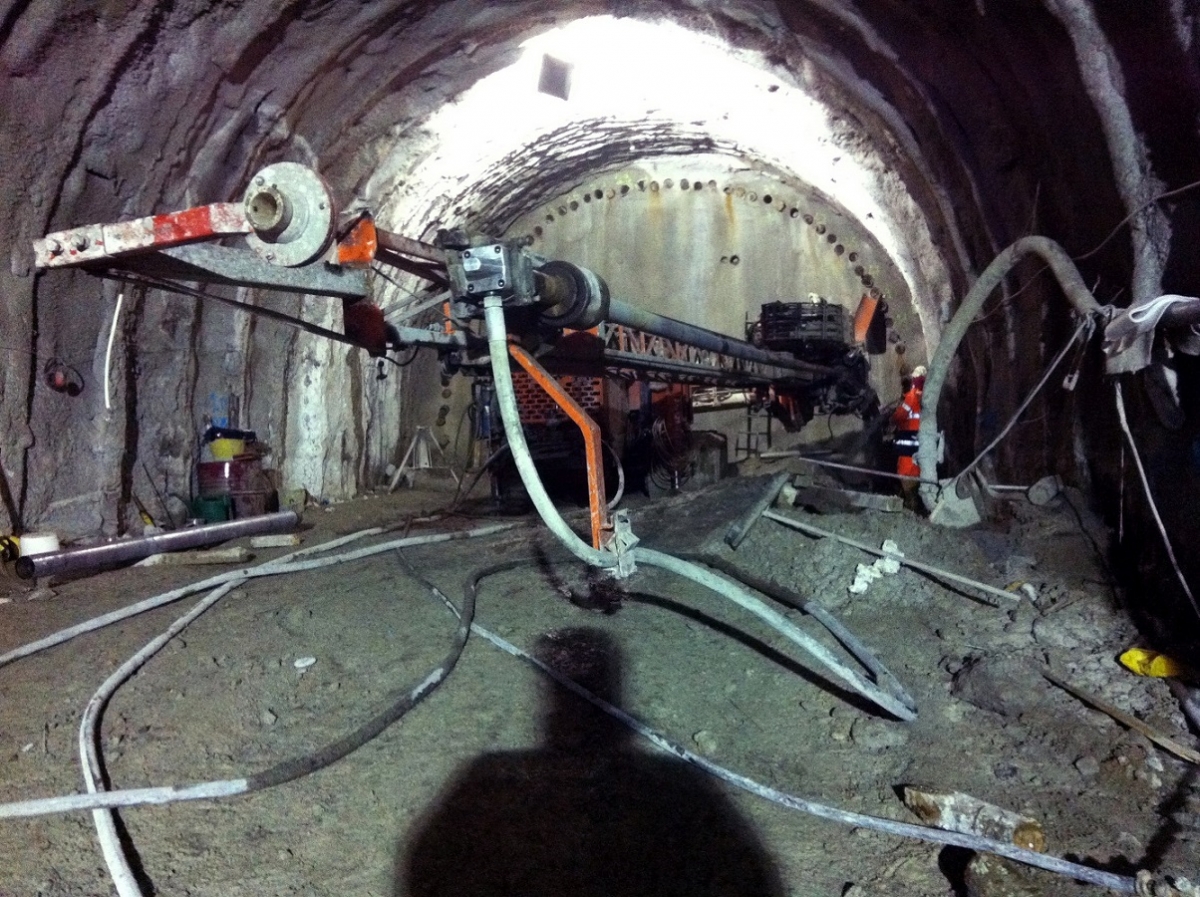 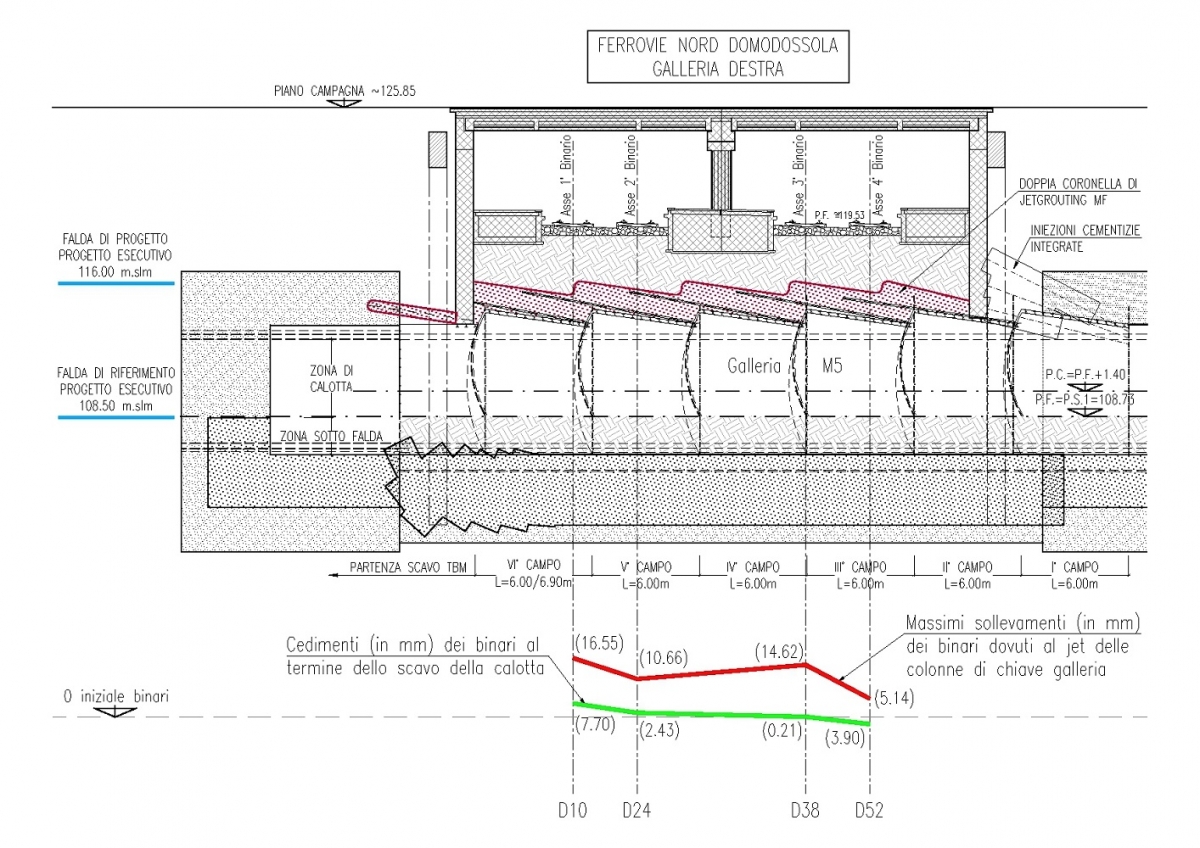 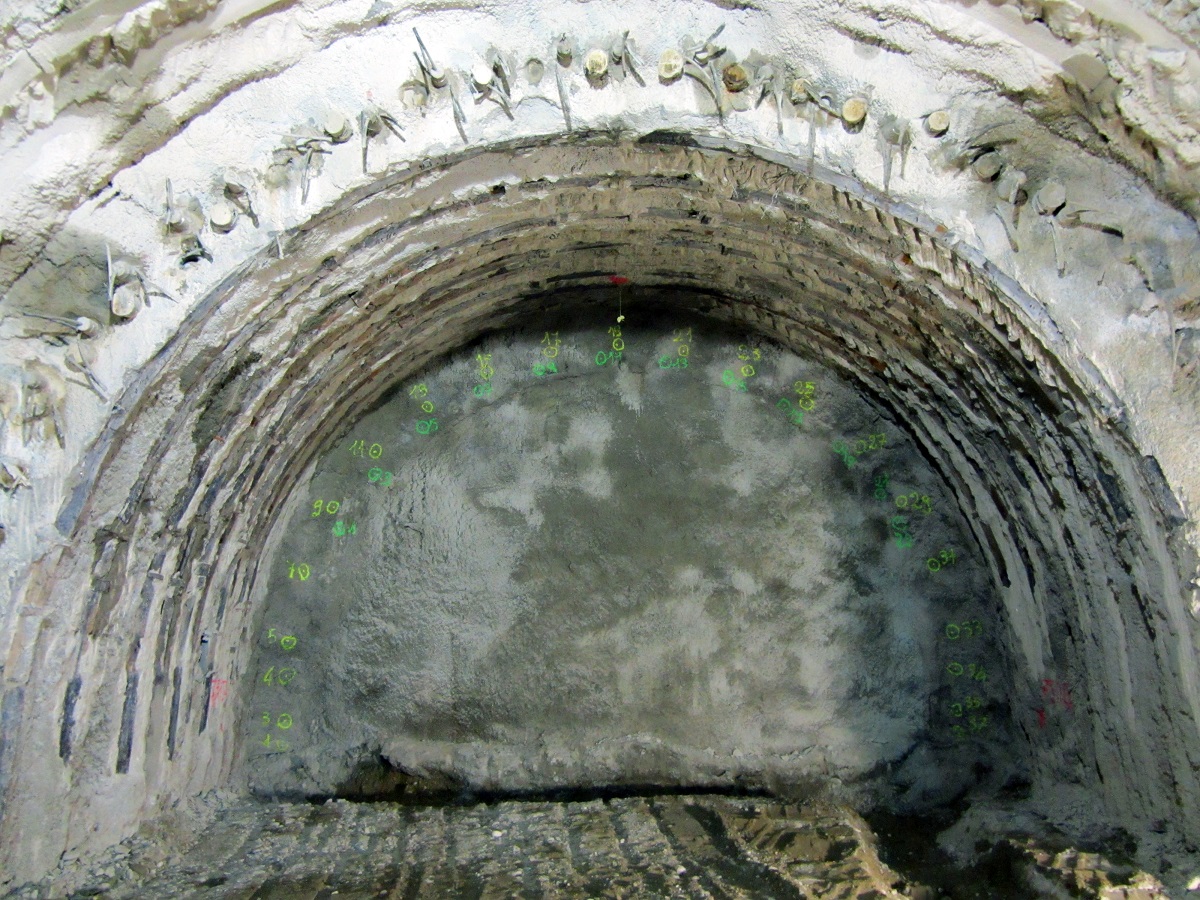 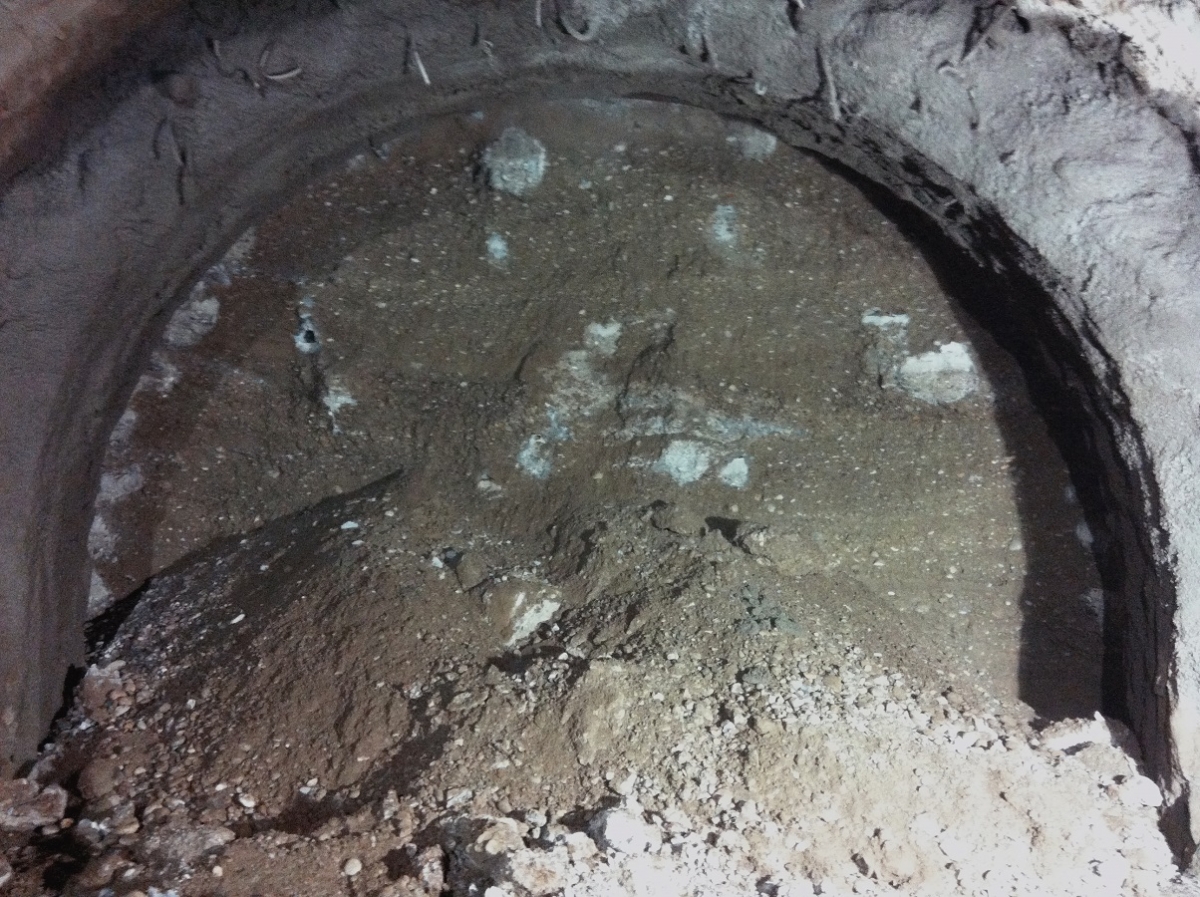 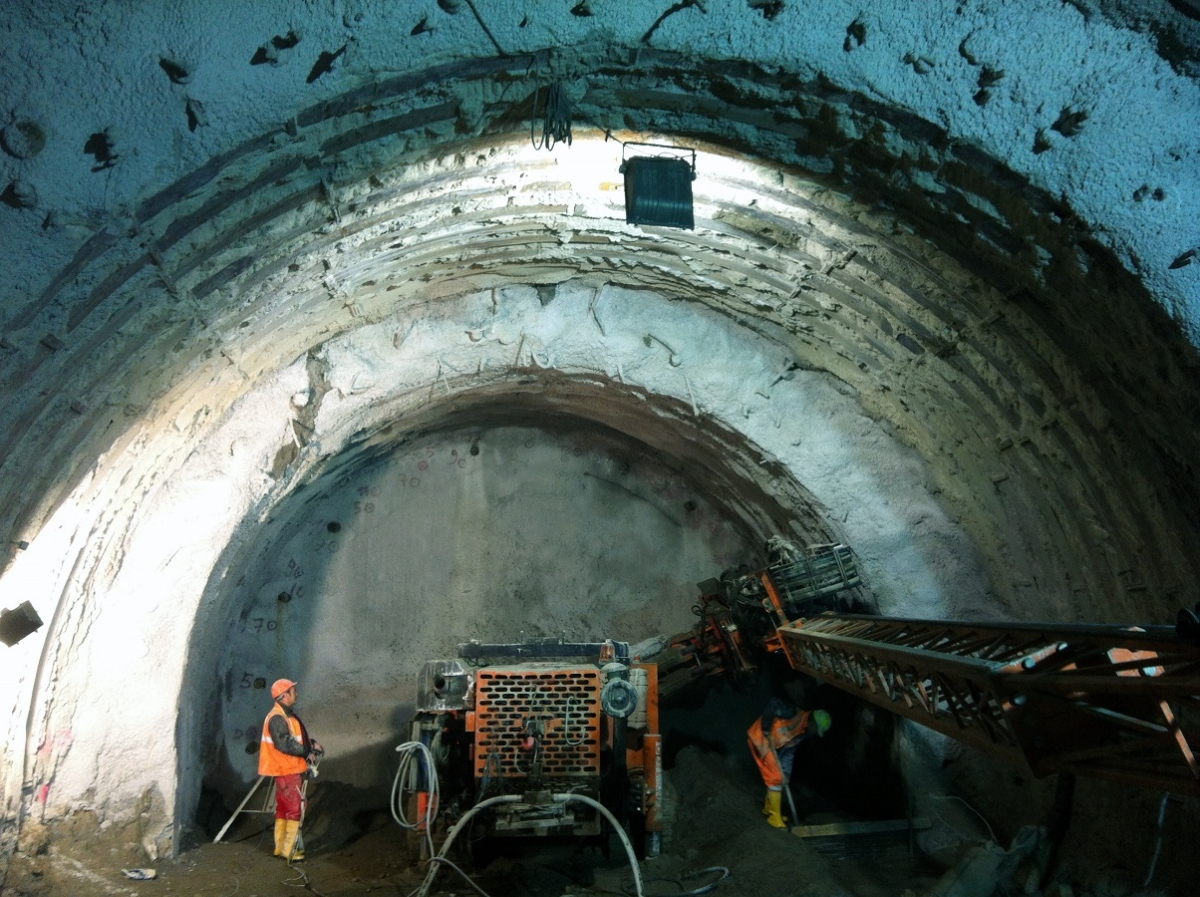 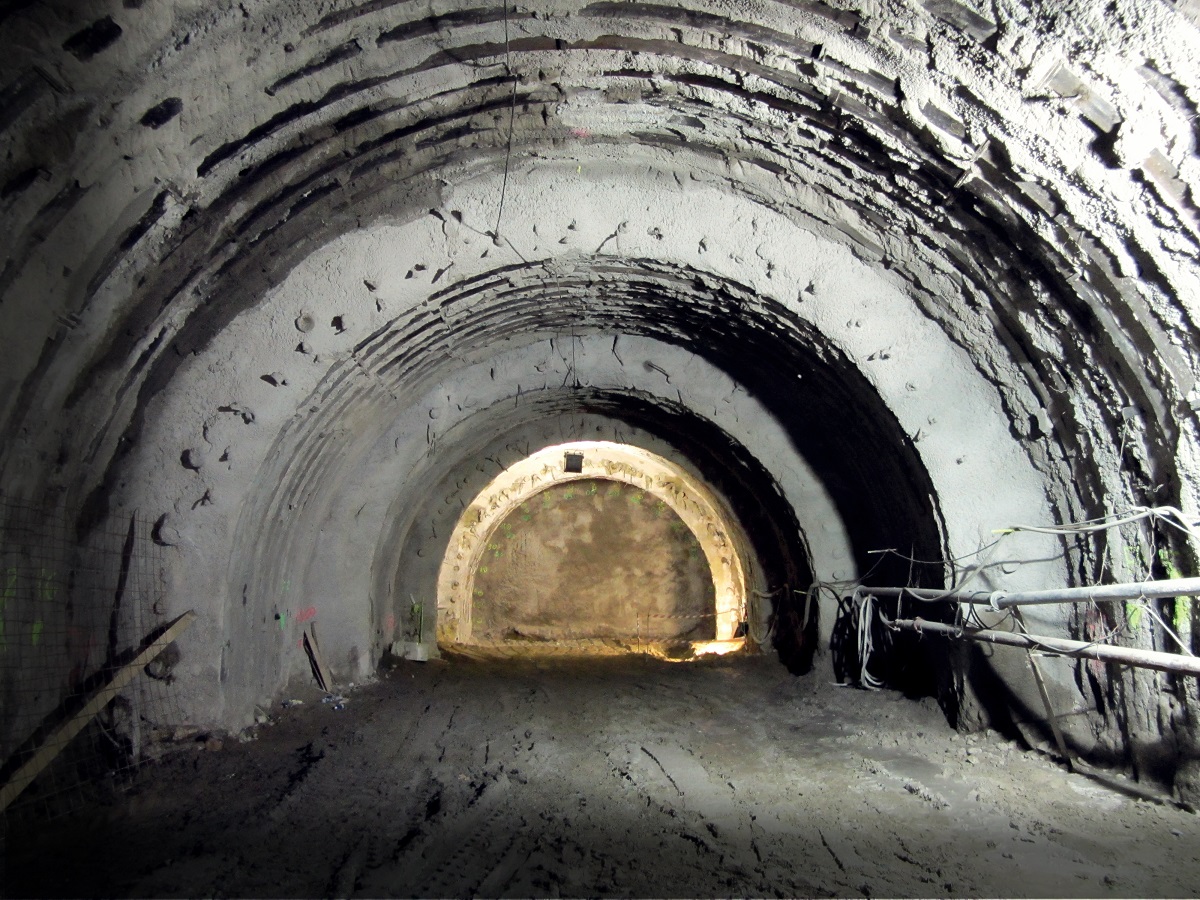 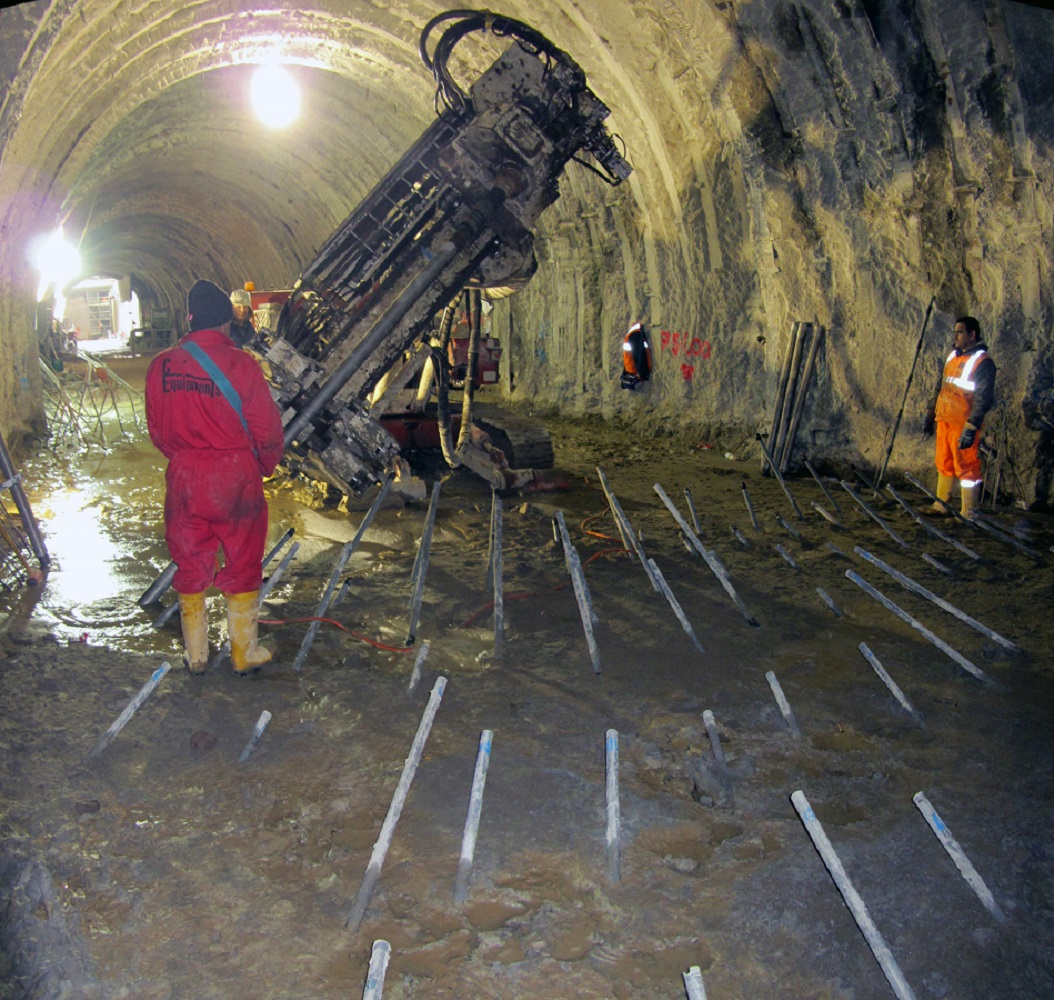 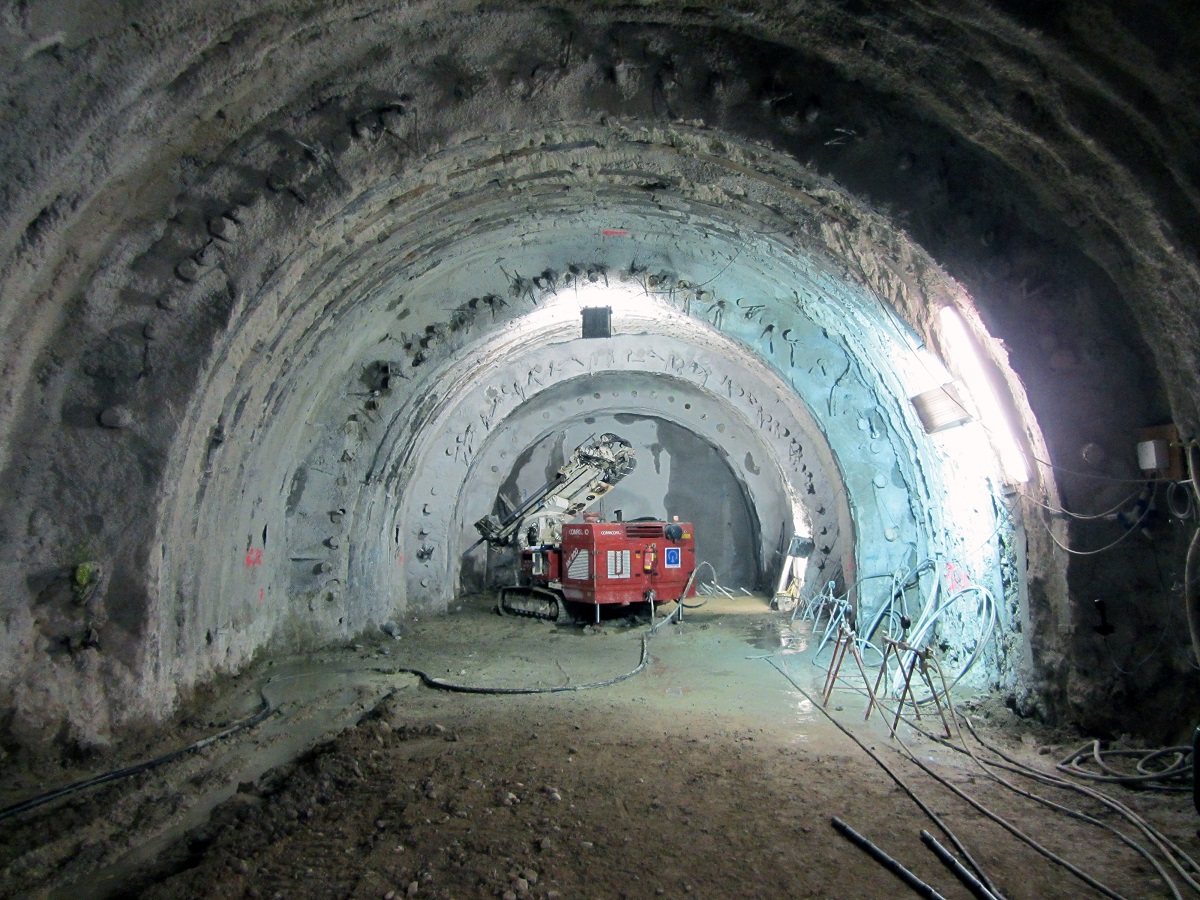 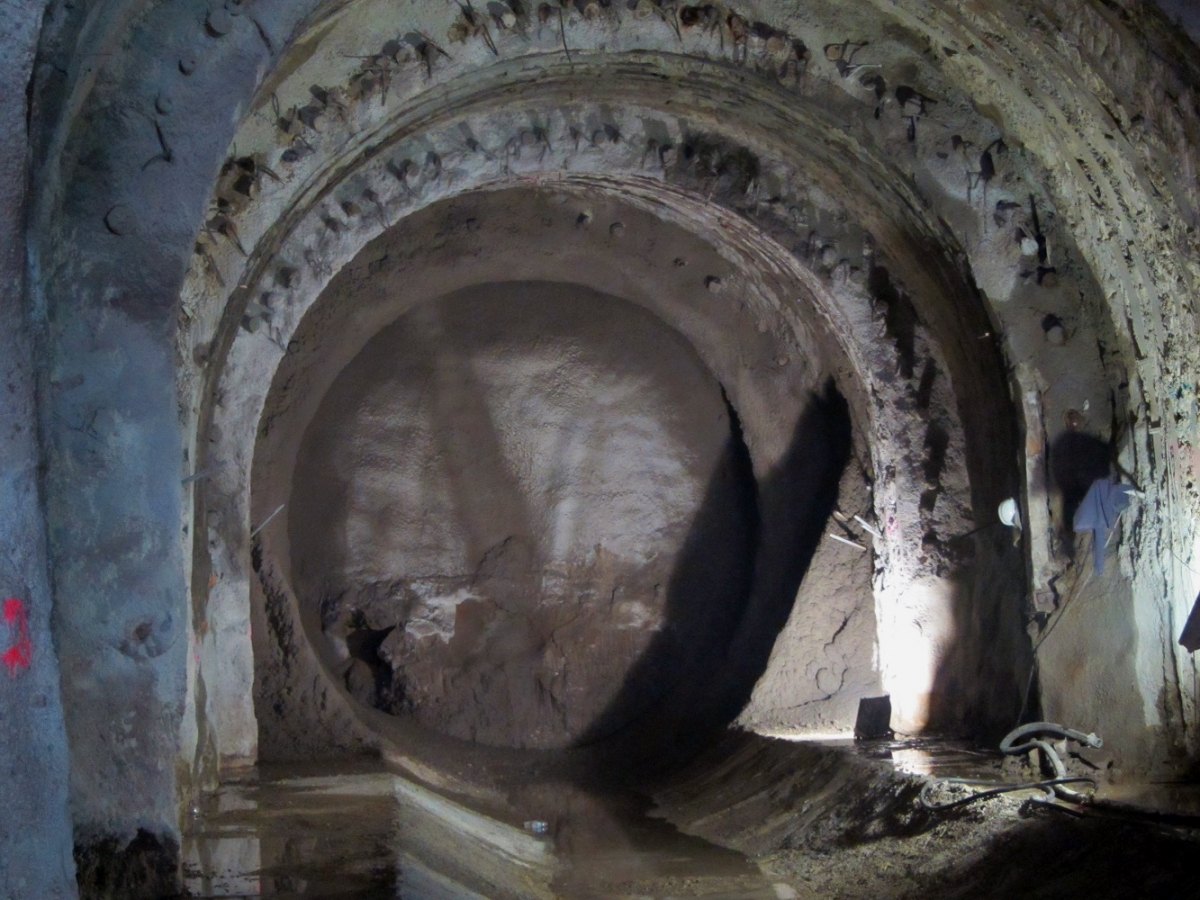 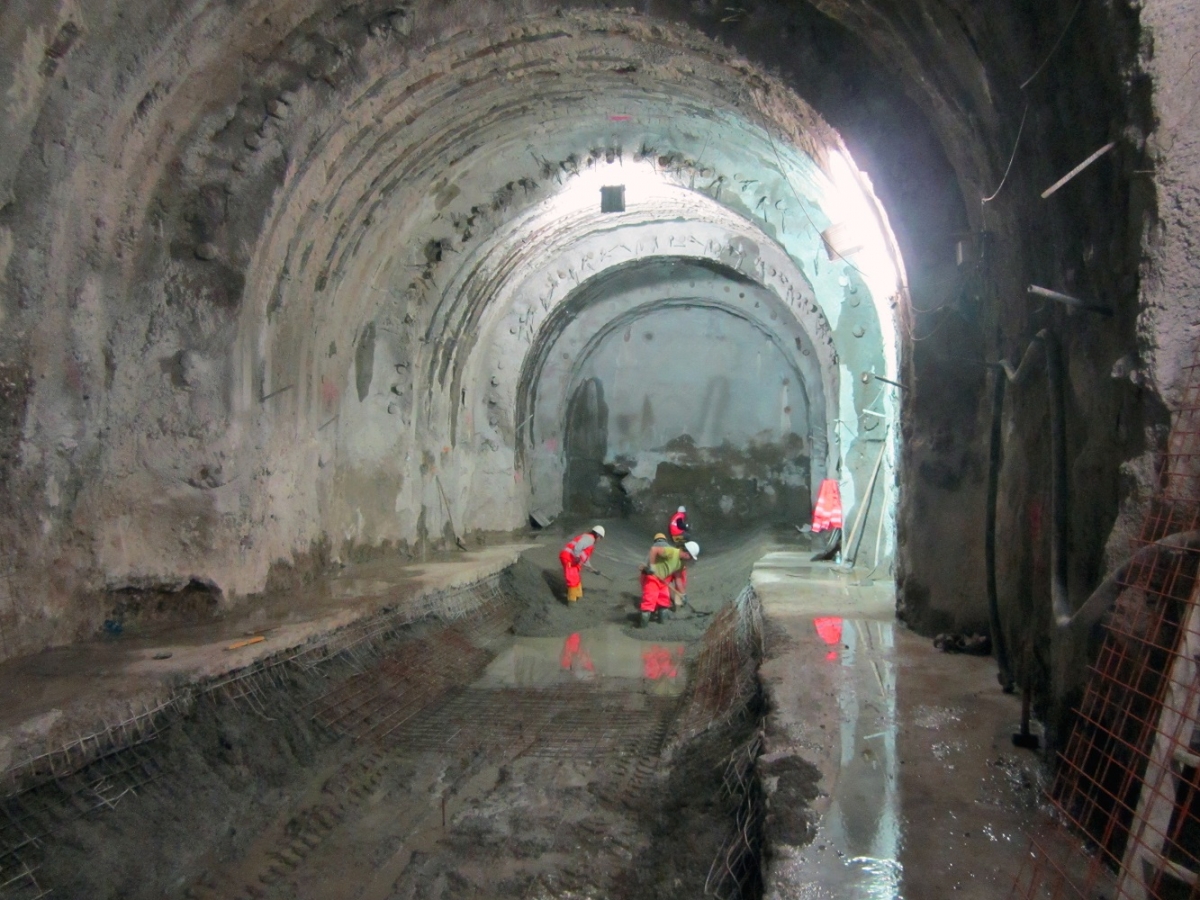 The execution of the twin galleries of the M5 under Domodossola station of Ferrovie Nord Milano (FNM) represents one of the most difficult point of the whole M5 line.
The new galleries were located only 4 meters below the FNM rails in order to avoid that the tunnel
sections would be totally submerged by the water table.
The crown excavation reinforcing, by means of double overlapping sub horizontal mono fluid jet grouting columns and forepoling, resulted the proper solution. This method brought relevant time saving if compared to the first solution envisaged by means of grouting from two small drifts, executed in advance.
After the excavation of crown and walls, permeation grouting, with cement and silicate mixes, was
executed to consolidate and watertight the soil under the watertable .
The success of the excavation was obtained by some important factors such as the preliminary tests for the selection of jet parameters, a rigorous timing for the execution of the columns so as to reduce the uplift of the rails, prewashing in the upper crown columns, control of the spoil return flow and the immediate stop of grouting in case of lack of spoil return and the rigorous monitoring of rails and structures.
Uprisings and successive settlements during excavations were contained within the limits imposed by FNM so that the railway traffic was always operating at the prefixed speed (80 Km/h).