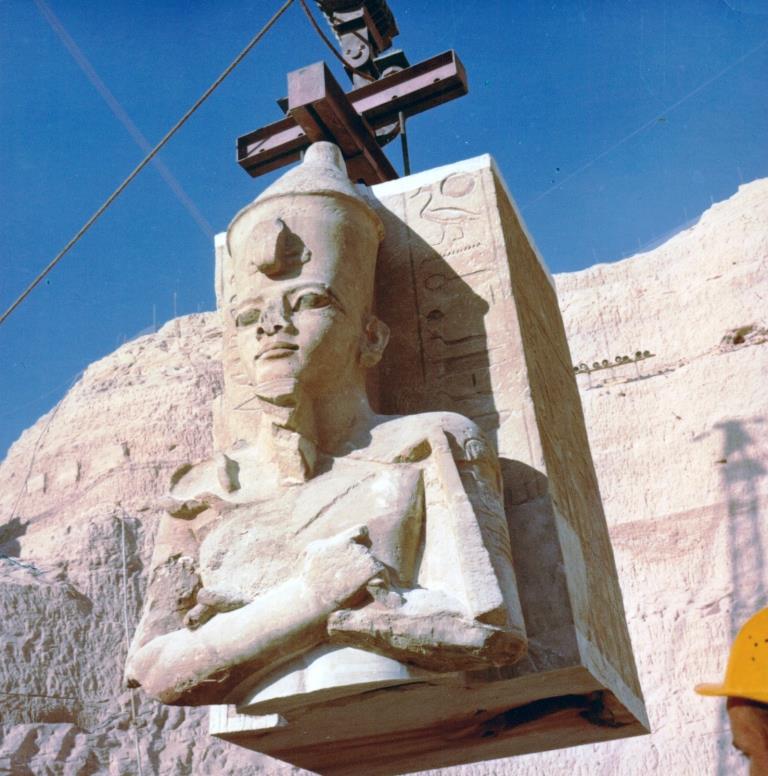 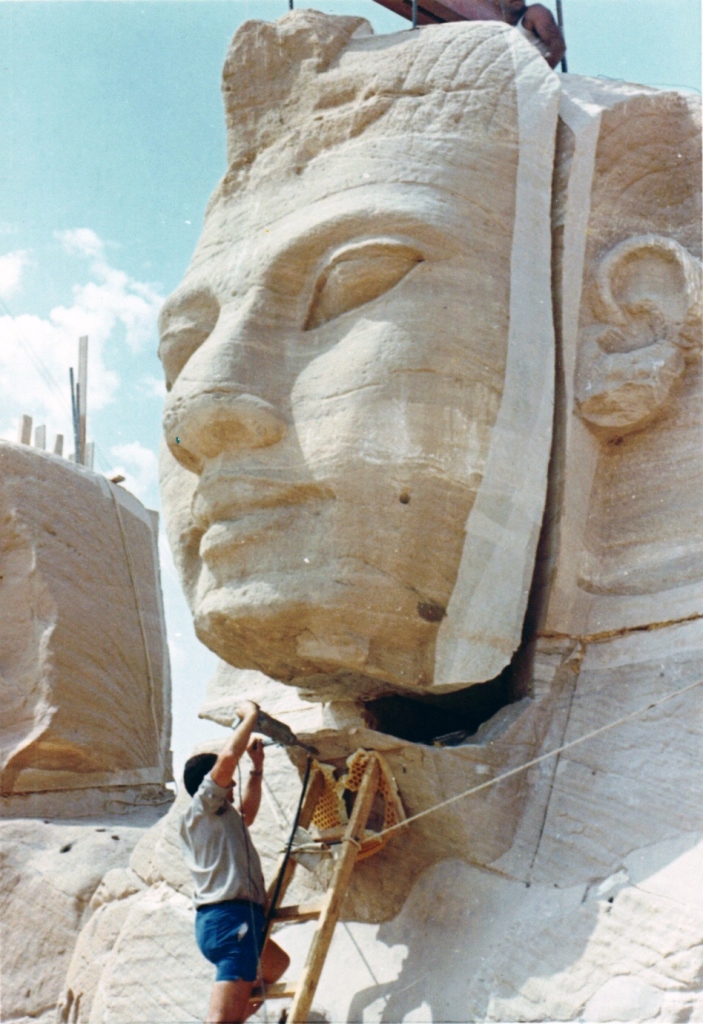 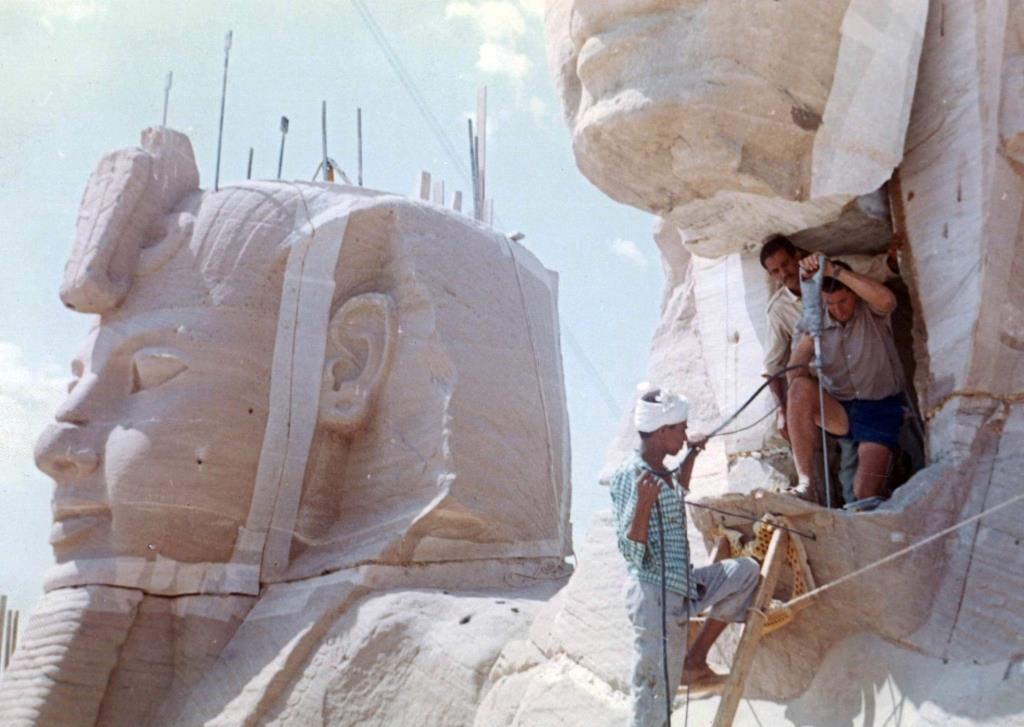 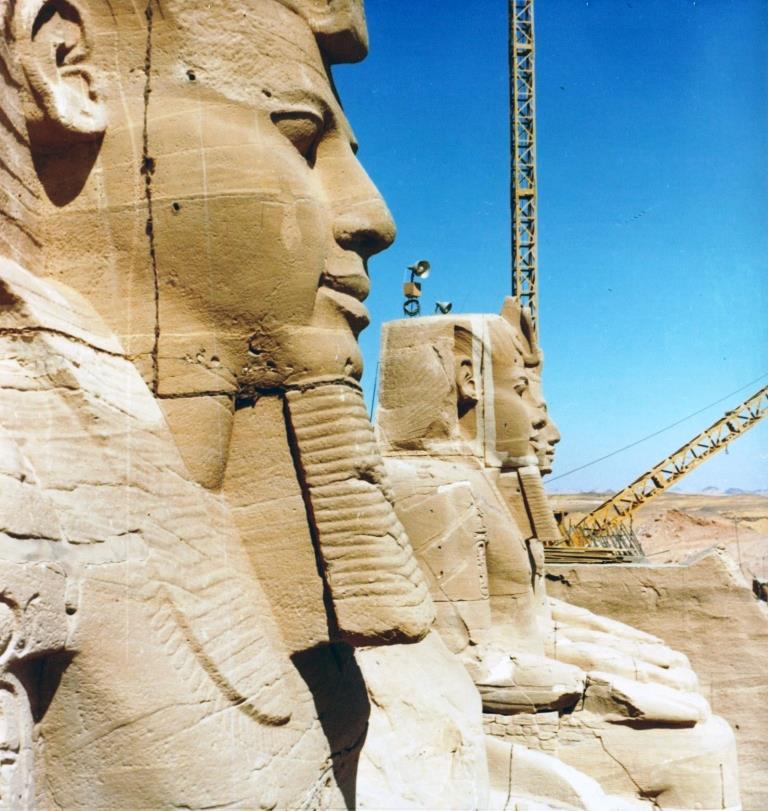 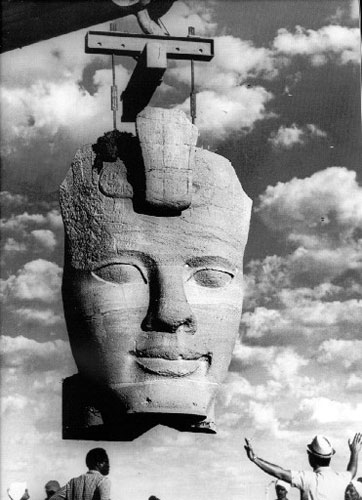 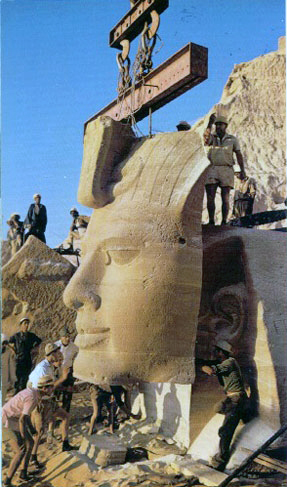 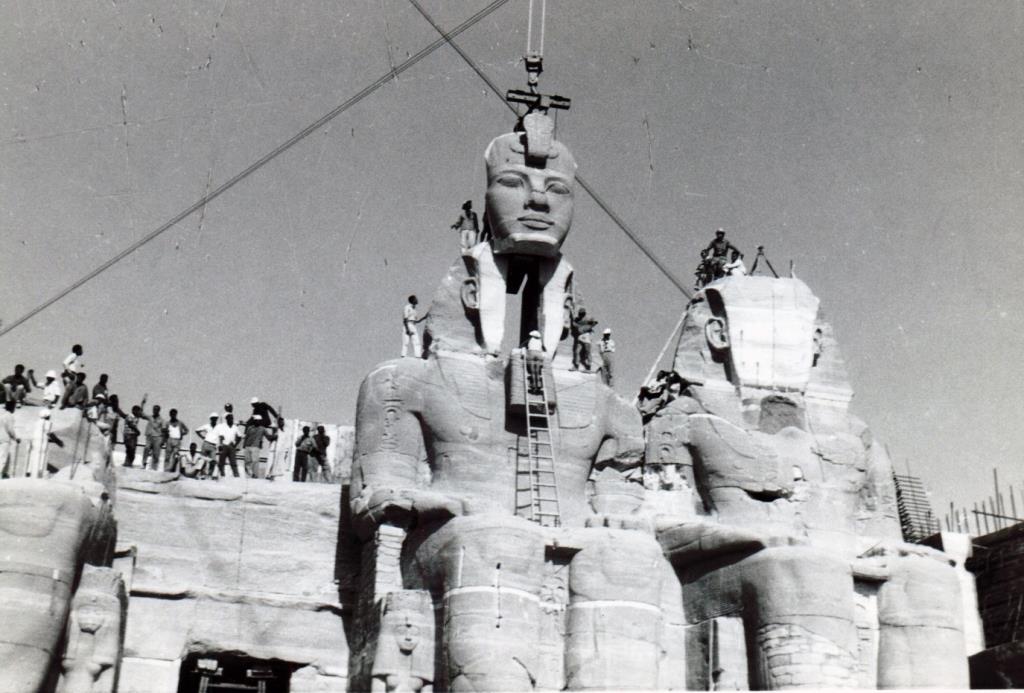 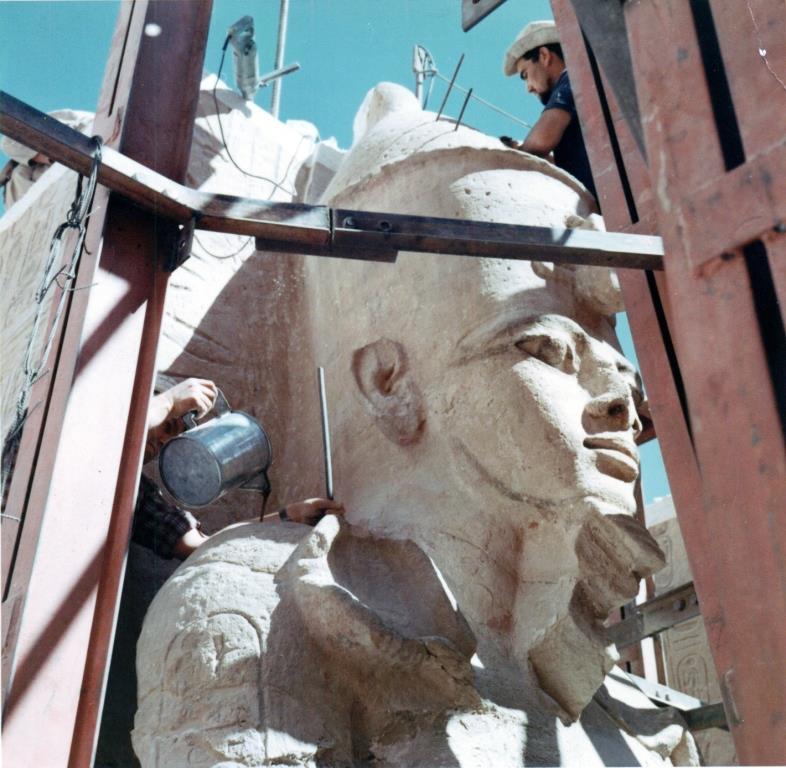 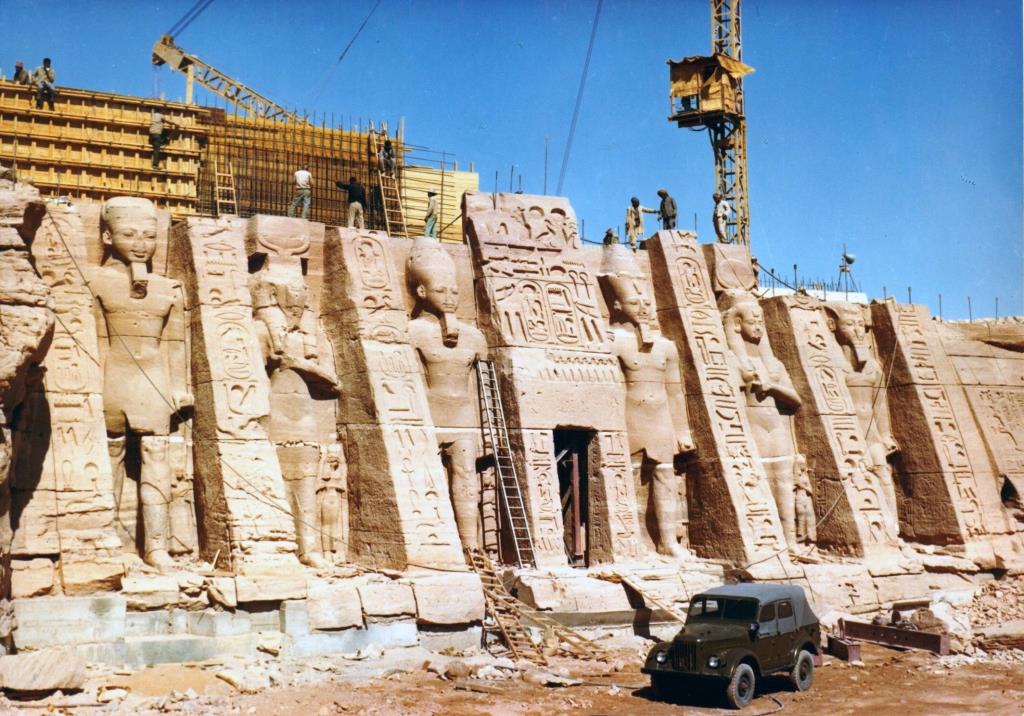 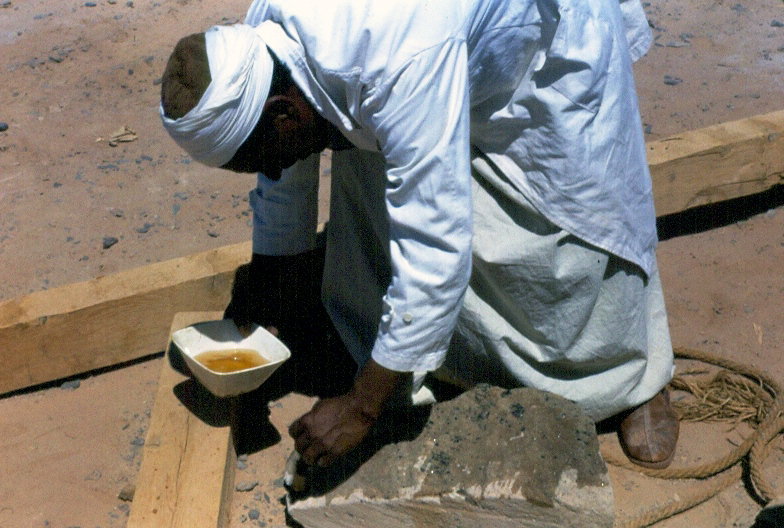 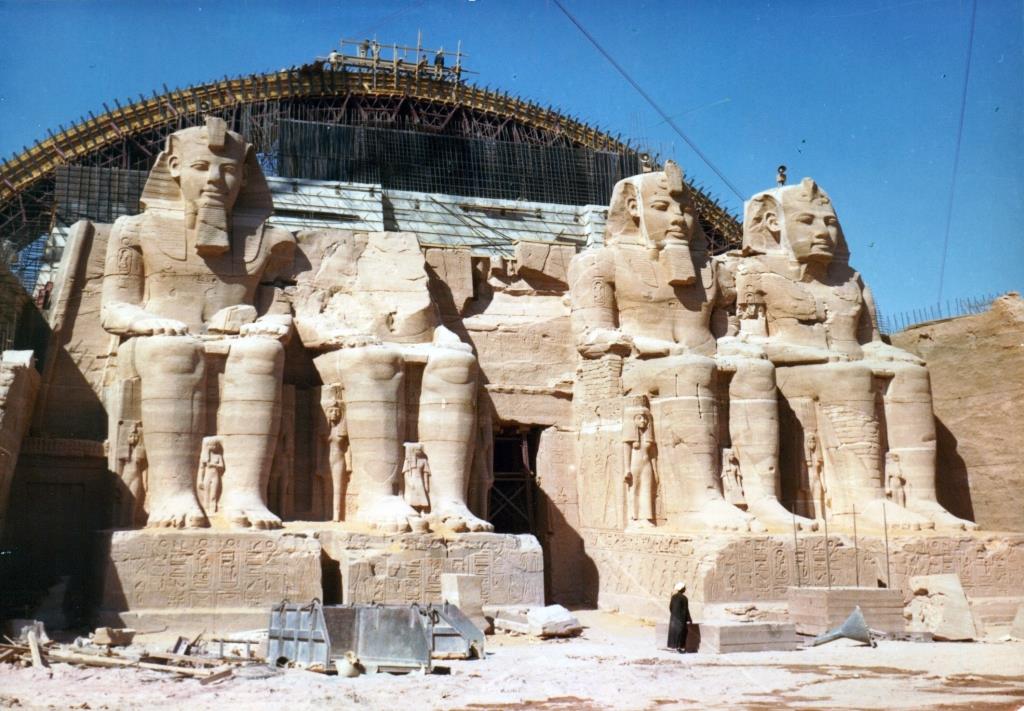 Following the construction of the new Aswan Dam in Egypt (1960) Nile’s waters would have flooded Abu Simbel’s temples, whose historical importance can be considered exceptional.
In 1963 Egypt and UNESCO decided to adopt a plan for the preservation of the temples, thought up by the Ministry of Culture of RAU.
This project involved cutting the temples and surrounding slopes in larger or smaller blocks, up to a maximum of 30 tons each, which would be raised and reassembled 65m higher up in the shelter of an artificial reinforced concrete hill.
The lifting of the sandstone blocks entailed several problems due to the inherent characteristics of the rock that would be especially porous, brittle and cracked.
Because of this sandstone fragility, during the lifting of the blocks by means of 4 bars anchored in the rock, there would be risk to disconnect parts along layers of the main cracking or breaking blocks along anchorages.
Before the lifting of the blocks was thus necessary to seal the main cracks and anchor bars with products that meet the strength requirements. The tests performed in the laboratory before, and in the pipeline subsequently, confirmed the validity of using epoxy resin to seal lifting and reinforcement bars, and polyester resins to impregnate blocks to be lifted.
Even in the reassembly phase was necessary to use the resins, both for sealing the rock that would come in contact with the concrete of the new supporting structures of the temples, both to reconstitute the continuity of the rock in correspondence of the surfaces of the cuts in view.