LIQUID NITROGEN FREEZING FOR THE EXCAVATION OF THE 4 STATION TUNNELS 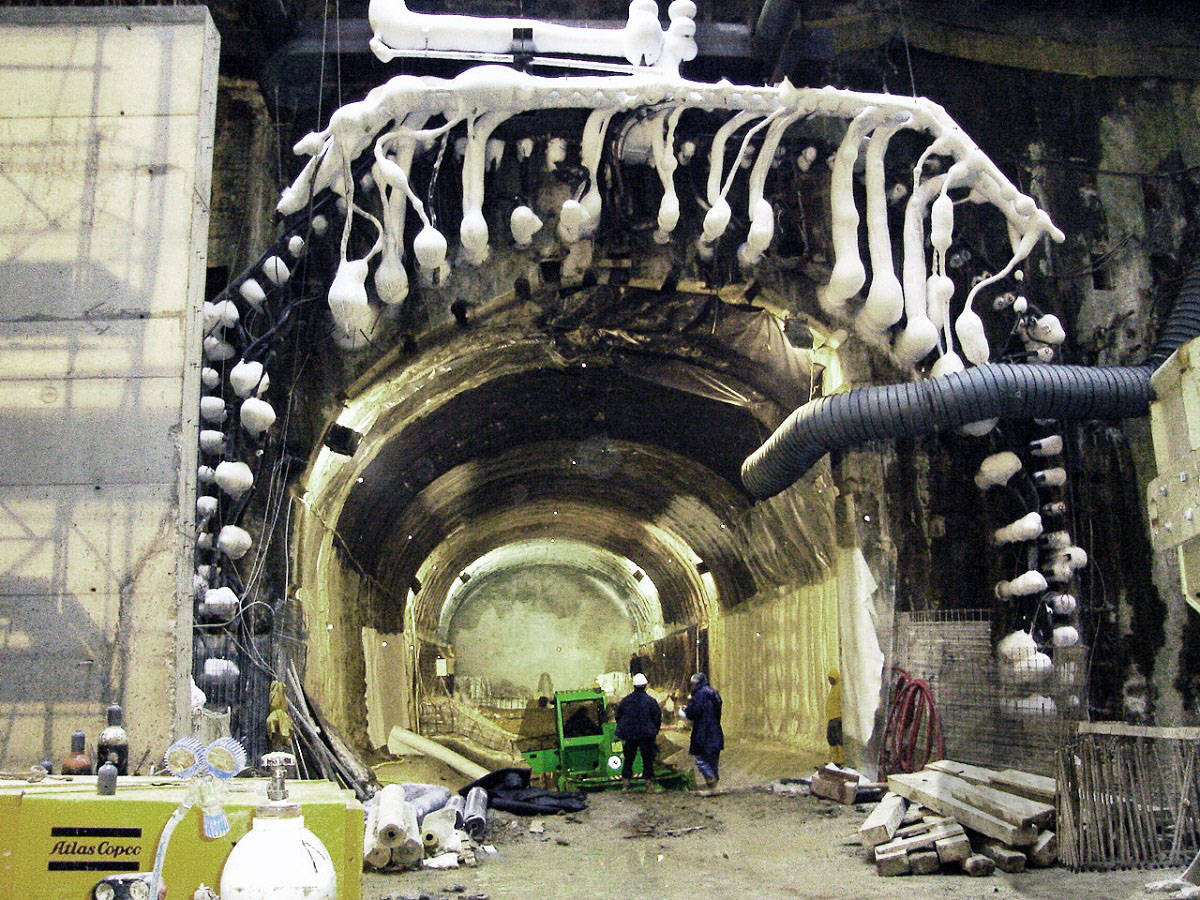 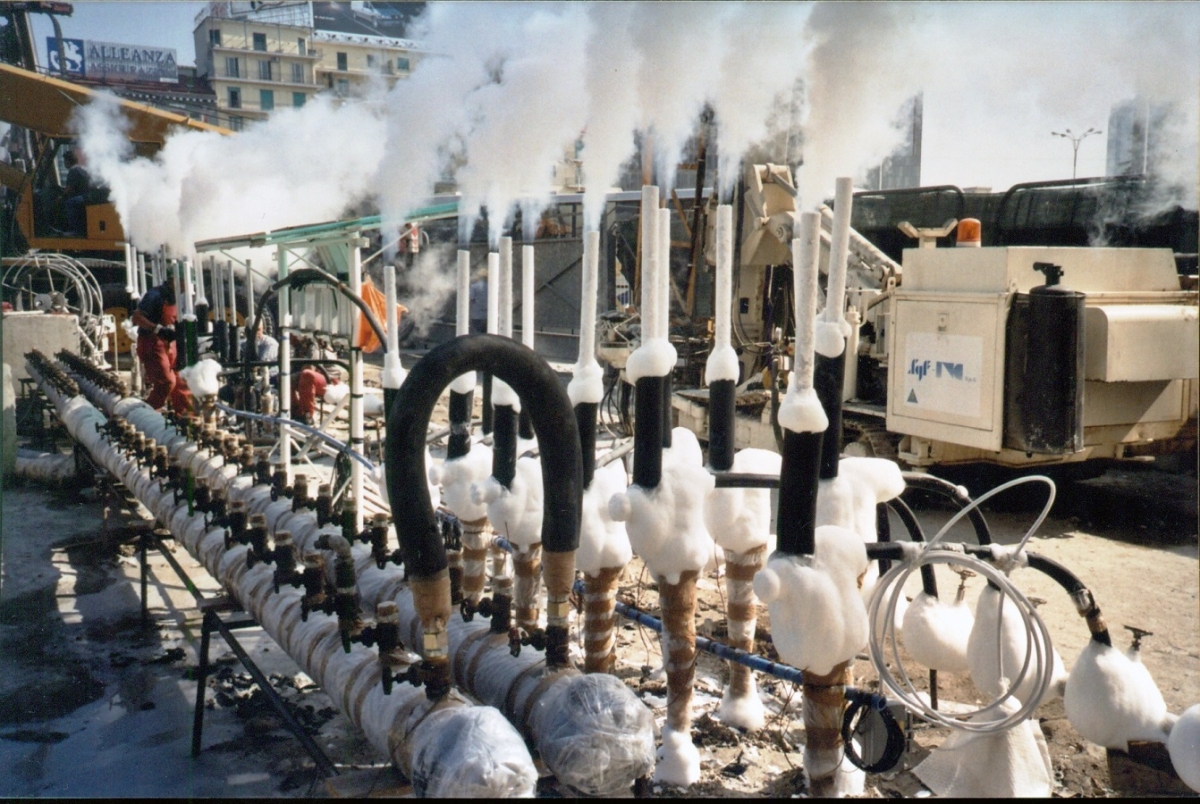 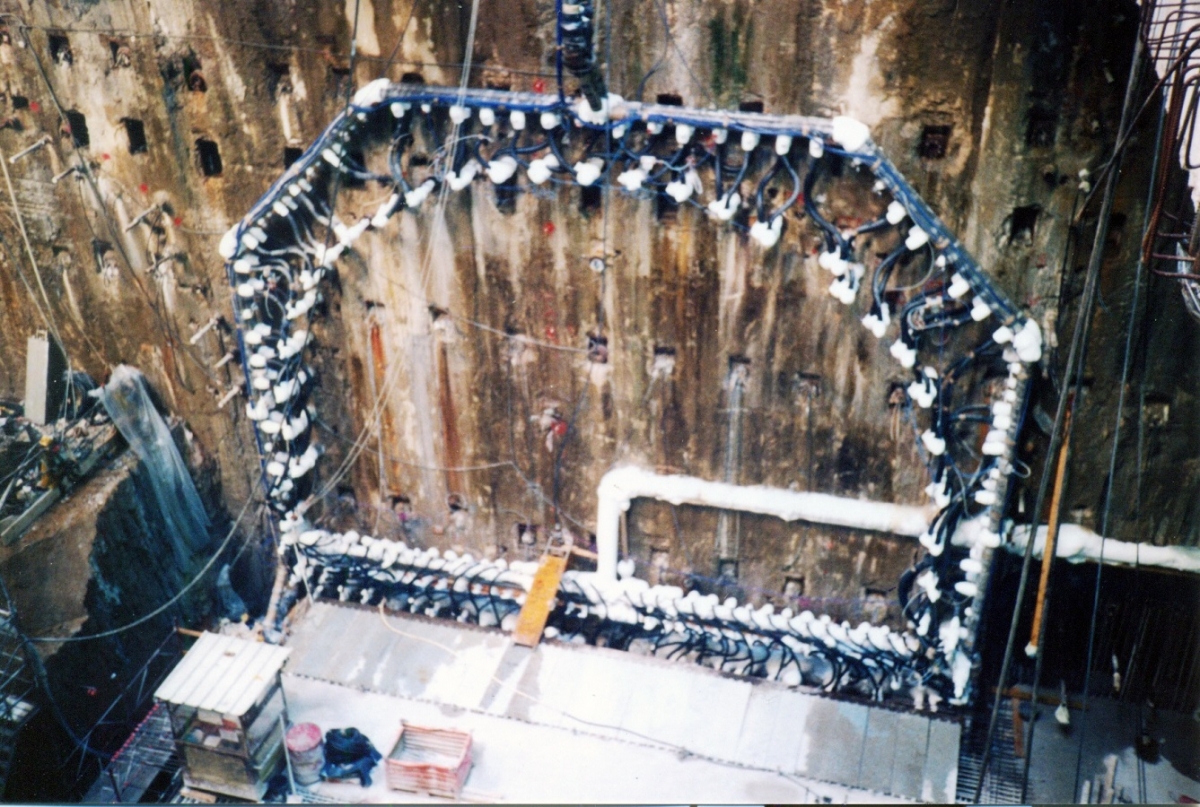 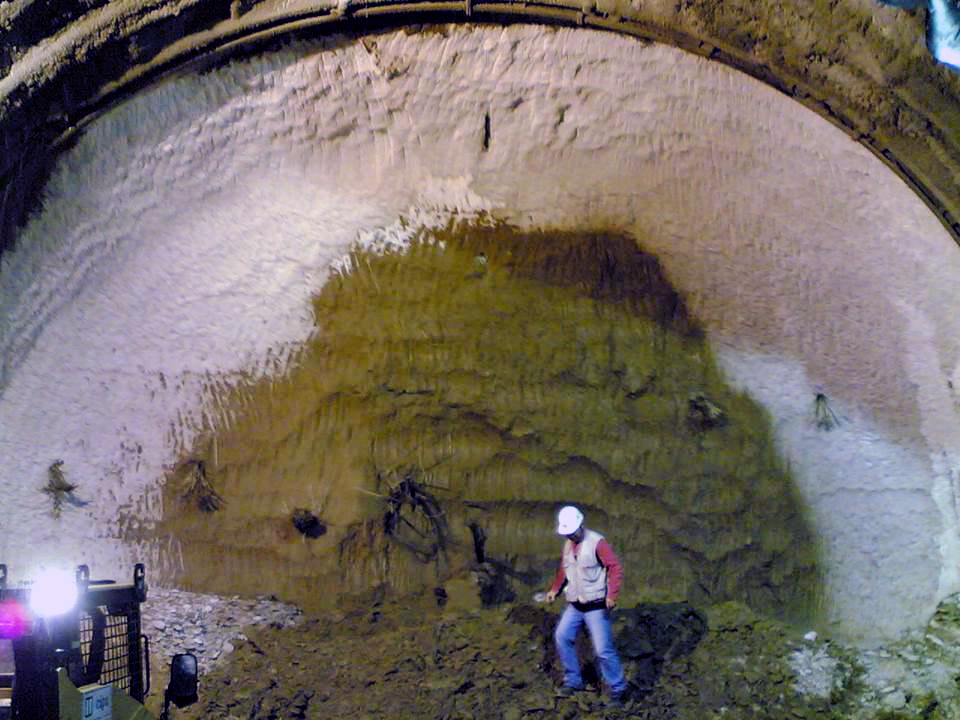 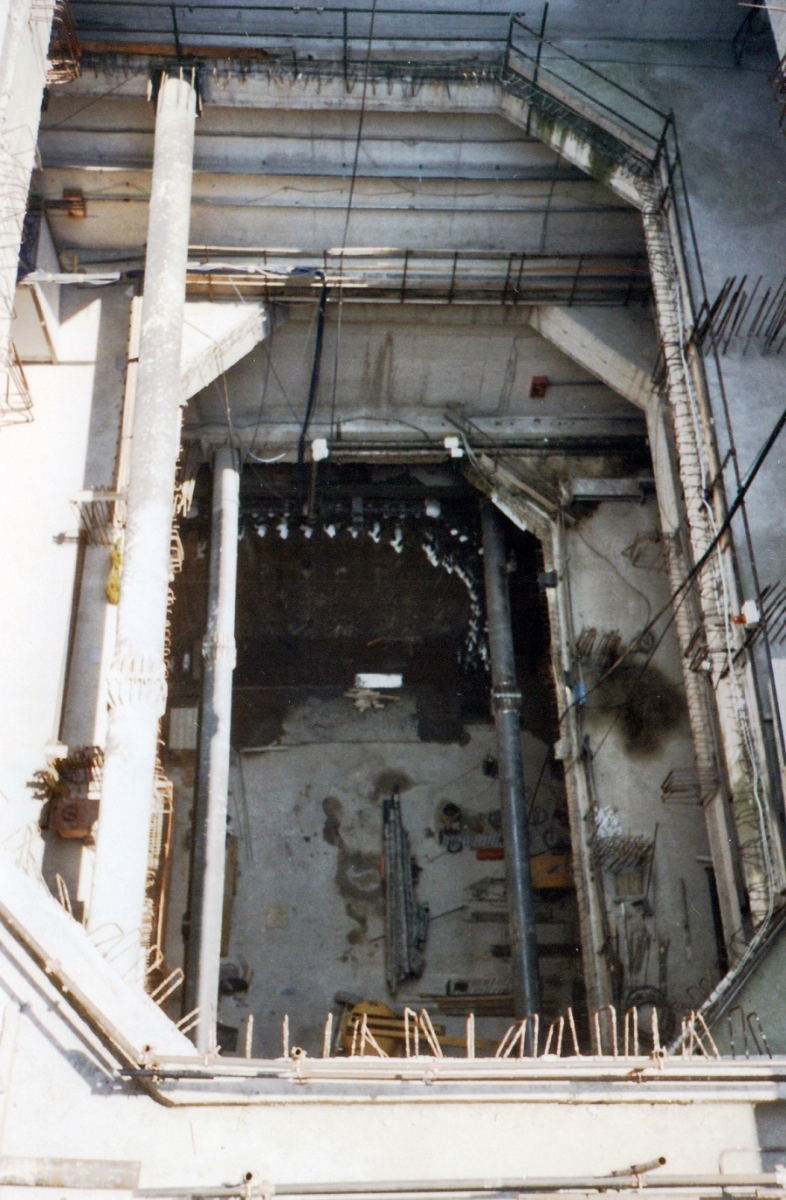 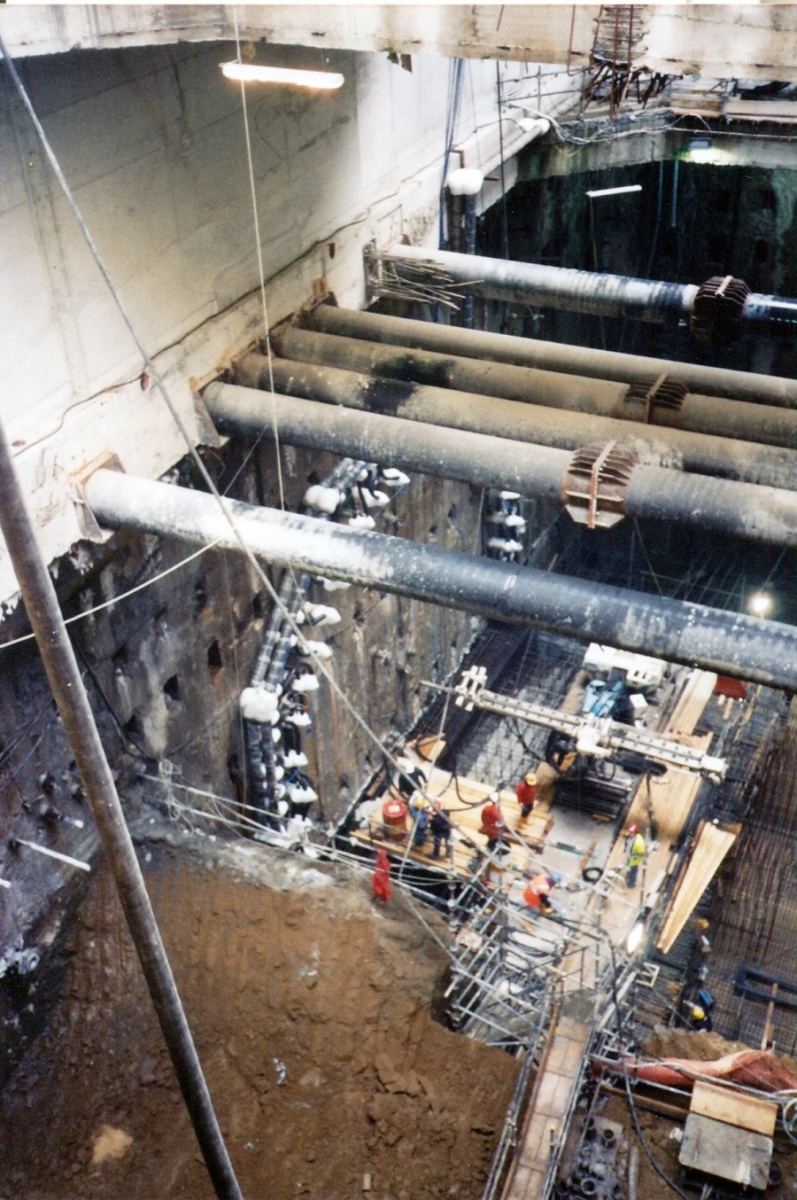 The “Garibaldi Station” of Naples underground consists of a central service shaft and four tunnels departing from the bottom of the shaft itself.
Tunnels’ inverts lie at a depth of 42 m under ground level with a water table head of 20 m above the crown. Tunnel’s width and height are respectively 11 m and 9,50m.
The soil stratigraphy was as follows: at a depth of 25 m a volcanic tuff bedrock of good consistency and low permeability. Its homogeneity was though interested by an irregular pattern of vertical cracks marked by a great permeability; above the tuff bedrock, a very inconsistent and permeable “pozzolana” layer was found; at the top, filling material of a low thickness.
To allow tunnels’ excavations with traditional method the freezing method was chosen.
Soil freezing had to face the following problems: the high water temperature of + 16 °C; the water table flow moving with a certain speed from the hills towards the sea; the disconformities of the tuff contact characterized by some depressions so that the saturated pozzolane came into the crown zones of some portions of the tunnels; the high water table head.
All this caused the adoption of a peculiar planning and design both of the freezing management and of the freezing pipes spacing.
Critical points had to be faced and overcome, sometimes with changes of the original project.
The freezing brine method was not able to form a strong, watertight structural shell so it was necessary to adopt the liquid nitrogen method for the freezing phase; because of the presence of the cracks in the tuff, spreading under the invert zones too, it became necessary to extend the freezing under the inverts of the tunnels; the proximity of the pozzolana to the crowns of two tunnels portions, made it necessary to increase the thickness of the freezing shell, obtained by two rows of freezing pipes located around the crowns; the growth of the frozen shell was monitored by temperature sensors located along chains parallel to the freezing pipes (50 m long).